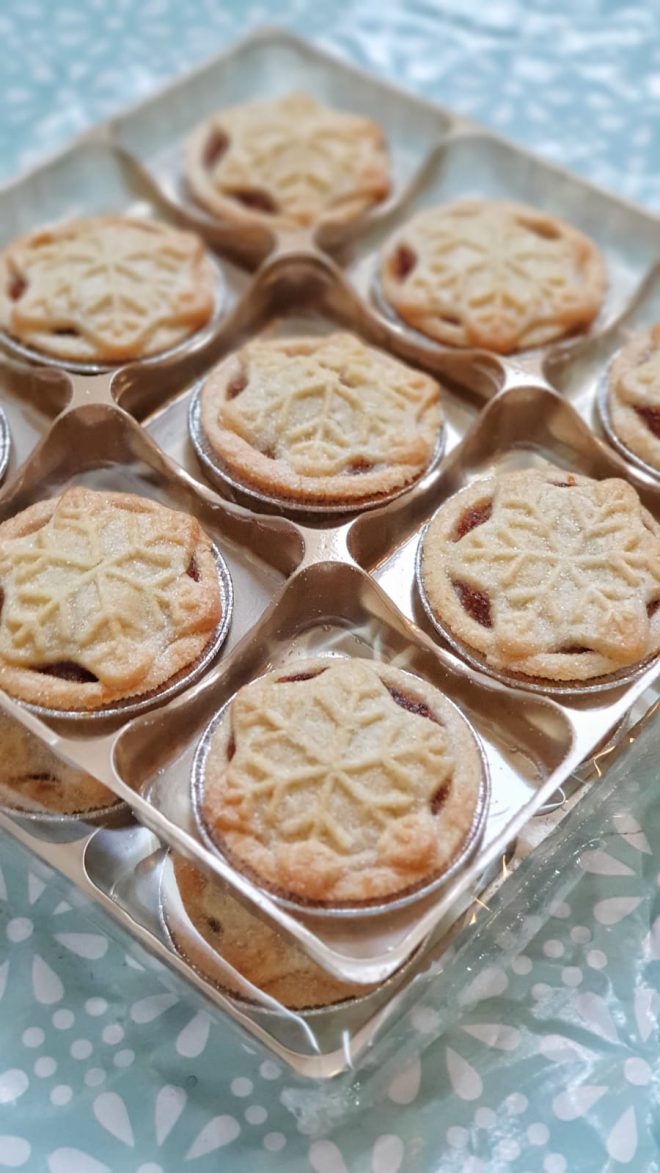 Pastry too thick? Pastry to filling ratio not right? Lacklustre mincemeat? Common issues with shop bought mince pies so why not try making your own this year? It really isn’t difficult and with a couple of shortcuts you can make some magical mince pies. And if you’ve got children, it makes a great activity to keep them occupied in the run up to Christmas.

First stop: shop bought pastry. There’s not a lot to making your own but there’s no harm in buying it either. Buying pastry also means you can experiment with different types – have you tried using filo pastry for extra crisp parcels or puff pastry for some pinwheel versions?

Next stop: mincemeat. You can spend a fortune on ‘deluxe’ jars of mincemeat but I don’t think they give you value for money and they’re not always all they’re cracked up to be. I buy a standard, cheaper version and make it deluxe at home with some fresh flavours. Tip the jar of mincemeat into a bowl, along with some orange or clementine zest, a bit of finely chopped stem ginger and a splash of booze (brandy, cognac, whisky, whatever might be in the cupboard) or a squeeze of orange or clementine juice. You could also add some nuts – crushed hazelnuts or almonds, for example. Stir to combine and get filling.

Don’t have a tin to bake them in? Don’t worry. Cut your sheet of shortcrust pastry into quarters lengthways. Spoon dollops of mincemeat along the length of two of the sheets of pastry, leaving gaps between them. Lay another sheet of pastry over the top of each one and press down in the gaps. Cut through the gaps to make some square/rectangular parcels resembling the shape of ravioli!

Before baking: Think about brushing the pastry with a little milk – unless you’re making enough for an army, you’re unlikely to use a whole egg for the brushing. What about sprinkling on a little sugar and cinnamon? Brown sugar works well and is a little different to the norm. And you could scatter over some flaked almonds and they’ll toast nicely as the pies cook.